2012 was a great year for melanoma research with the approval of new treatments for melanoma. Unfortunately, these treatments are in their infancy, and the truth about melanoma remains. The survival rate for patients whose melanoma is detected early, before the tumor has penetrated the skin, is about 99 percent. The survival rate falls to 15 percent for those with advanced disease.

Inspired by a heroic patient, we have formed a non-profit organization to raise money for melanoma research and awareness. This foundation may also support patients and families who are diagnosed with melanoma. With your help, we will hopefully see the day when there is an effective treatment for melanoma. I challenge you to reach out, spread the word about skin cancer, and join us in honoring Captain Joe Billek. You can make a difference.

A MESSAGE FROM THE FAMILY OF CAPTAIN JOE BILLEK

Captain Joe Billek was cruising through life, a long time marriage to his high school sweetheart, two wonderful sons, a successful career at Tampa Fire Rescue and retirement plans starting to fall in place when everything came to a screeching halt by a tiny mole on his back.

Joe was diagnosed with an ulcerated melanoma in May, 2009. He had a wide excision performed with clear margins and no lymph node involvement. A PET scan was also done at this time with clean results. Nine months later in March 2010, a follow up PET scan showed that the melanoma had spread to his right lung and left scapula. He quickly learned there were not very many FDA approved options for metastatic melanoma. During the next two years, Joe was seen by some of the top specialist throughout the United States and participated in numerous clinical trials. During this time the melanoma continued to spread to his brain and other vital organs. Joe knew that by participating in these clinical trials, if the treatment didn’t work for him, the information the doctors received from his results would someday help others in their fight against the disease.

Captain Billek dedicated his life to helping others. He followed in the foot steps of his father, a retiree of FDNY, and served 28 years with Tampa Fire Rescue, retiring with the rank of Captain/Paramedic. In the final 18 months of his career he showed us all how to face adversity with dignity and courage. Captain Billek rose to the challenge of battling melanoma with the same tenacity, determination and desire as he had throughout his career. He was a true example of what firefighters are often referred to as selfless, courageous and bigger than life. Joe set an example that we should all hope to live by. Captain Billek was a husband, father, son, brother, uncle, mentor and friend to many. The life lessons that were learned by the many followers of Joe’s journey with melanoma were life changing. Our lives are better for knowing Captain Joe Billek!

Captain Billek passed away on March 6, 2012 at the age of 51, after a two year courageous fight against melanoma.

Thank you for your support,

Donate to The Foundation 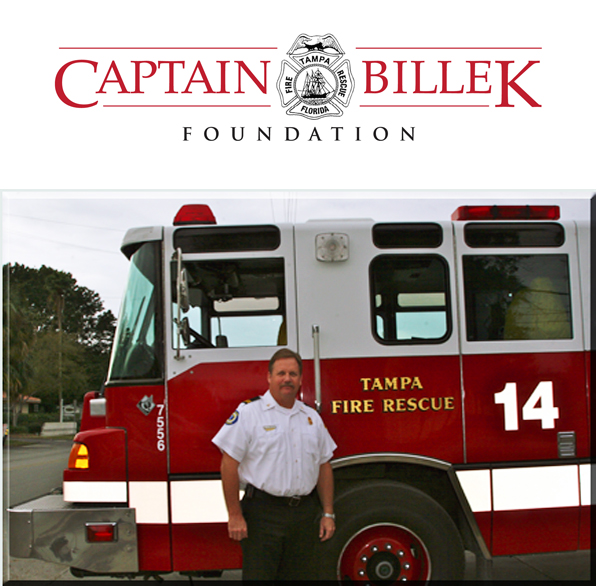 Based in Tampa, Florida, PHDermatology provides services and treatments for anybody looking for Surgical, Medical and Cosmetic Dermatology.